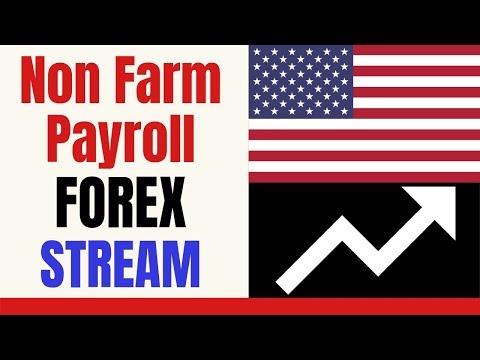 ​
I wanted to write a quick post in answer to the people who routinely make claims I have a history of stealing from people in my previous company and base this upon a blog they read. If you would like to discuss this further, please make a post and link it to me to engage on. I will do so as long as we deal with the facts of how a PAMM company really works.
I won't engage in circular debates where the essential point is, "I don't believe you". You don't have to - that's not how any of this works. Just fact check.
​

I want to avoid Google ranking on this post. Although for my personal 'PR' it would be beneficial to aim to rank something answering claims, at some points in this some others involved in the company will not really come over in the best light. I assume it's likely these people are still involved things (Not spoke with them for 5 yrs) - It'd be unfair to rank bad PR on them.
​
The failure of the company was squarely due to me. Anything anyone else did either would not have happened or not have mattered if I'd done better. I do not want anything I do now to further hinder anyone.
​
So I will refer to names by only one letter (or number if applicable).
​

​
I found it strange at the time this ended up centred around the ponzi scheme side of things. There was a reasonable question to be asked and answered as to if it was a pyramid scheme. Were people signing up just to sign people up, or was there a core product of fair market value. The services sold I'd previously ran at the same sort of price point direct to market - so I felt on fairly good ground on that.
Initially I's actually been a bit excited initially, because I was a reader of the blog in question and I liked the work they'd done on pyramid schemes. I thought I'd be able to either validate I was doing things right, or learn how I should be doing them better. I never thought the ponzi side of it would take any more than a few minutes to clear up. But that was not so ...
A ponzi scheme was to all intents and purposes impossible. All of our business was done via three different brokers and all of our results publicly tracked with close to real time updates for marketing purposes. Of the three brokers we were using, two of them had good regulation. An off-shore broker had to be used for US clients, so this is the only one with any sort of question mark.
All of our results over all the brokers were almost identical (Some execution/costs variance). The two regulated brokers were under different regulators. Most, if not all, the brokers held clients funds in segregated accounts. All brokers would have to have been fully complicit in the scam - and it costs more to get regulated than there was to steal. Logically, it could not have been so.
We were using a PAMM model. This works by the client opening a brokerage account and signing a LPoA to allow trades to be copied onto their account. The LPoA grants the company no access to the funds. Money laundering laws also dictate the funds can only be redeemed to same source they were funded. PAMMs are big business. Protection of all parties is built into it, it's a well trusted model.
This should have taken no less than 5 minutes to self verify. It could not have been a ponzi.
​

​
That happened. Turns out if you set up a PAMM in the Netherlands and then let a bunch of people refer investment to it this is classed as running a ... I can't remember exactly and even at the time it was in Dutch so I didn't personally read it all. The underlying problem was not the model in any way. We were told at the time we basically jut had to pay £2,000 for each country we did business in.
We were global. At this time the company had neither the money to do that, or pay the fine they gave us for not having the money to do that.
My mistaken assumption was that since when you run a PAMM you are basically piggybacking off the broker's licence, all was well and good. This was true - but the problem was sourcing. Paying people to refer investment was what we were fined for when you get right down to it.
​

​
This was just a headline. In many ways it's misleading. Firstly, nothing was stolen or even taken. It was lost or given away to clients who'd lost in the PAMMs that went bad. All the money lost was lost trying to get enough money to make good all the PAMMs. So it was not stolen, and there is nothing in anyway to imply that's a suitable word to use. In the blog, no explanation of that is offered.
What seems to be inferred is that this was commissions due out to clients that the company kept. Even outside the above mentioned this would be wrong. All affiliates were paid. You will not find a single one who says they were not. Further to that, of all the funds invested into the company (We'll call the company '5') somewhere in the 60 - 70% range was sourced directly by me.
Other funds were sourced by my co-founder. Investments were made through passive advertising without them being attributed to a refer. All in all, assuming we did not pay the affiliates and we had this much, $18,000 would be the number. Of the $180,000 somewhere a bit over $100,000 would have been mine. I never took that, and could not have "Stolen" it.
I don't see the point in getting super technical on everything by going through how, but the number also probably wasn't $180,000. I think this was an overestimate made in a throw away comment by my co-founder (We'll call her 'M') who was (Justifiably) extremely angry at me at the time she came up with the number and added it in a post (Of this multi paragraph post, this one line and one number was taken - if memory servers, all context was left out when the blogger cited this as stolen. Which would make sense. The post was berating me for losing the money. That didn't fit the narrative.
​


What Backs the Story?

Of all of the claims of wrongdoing (Apart from the fine, which is documented and true) - there is no evidence proposed for any of the claims made. All of it hinges on a story told to the blogger by one person, who was another of my co-founders 'We'll call her 'E'. E was either a late teenager or very early 20s at the time.
In the founding of 5, E was essential. Before 5 I'd been running a service selling trading signals and selling them at $5 a week subscription. I was generating a lot of business (Working all day, every day and having fun with it. Like I did here for a while, but at that time I really was marketing). 5 - 10 people a day could be signing up.
I knew nothing at all about how to structure an online business. No listing of new clients to send emails. Nothing about making membership sites with password access etc. I was working off a Wix site I made myself with no on-boarding system in place. The volume of people joining was crushing me. I could not process them and was getting a lot of PayPal disputes.
I wanted to send them the stuff. Just did not have the process to ensure this was being done. E stepped in and saved me on that. She made original 5 website (On Wordpress, I believe it was later upgraded to something else). Set up memberships payments. Automated listing. Also she suggested changing the name to what the company became. E made the work I was doing work.
After that, she had varying performance. Her gripe in the blog is she was not paid for helping to found the company. Left out of this is the fact she was not paid because she was head of marketing and we were not getting enough clients. Almost all of them coming from me hitting the DMs and signing people up the old fashioned way.
On results of trading, everything was going well (and this was my area). Things were going so well people legit through it must be a ponzi! But we did not have in-flow of clients. On this I again blame myself. I sort of assumed this would all work itself out and did not put focus on fixing problems before they became problems.
There was a lot of pressure on everyone. E got into a new romantic relationship. I think she was heavily influenced by this person (I found E to be good hearted on the whole). E and M started to get along less and less. Then E and M seemed to hate each other. It all seemed to come from nowhere, but it quickly got to the point me and M felt it was not working with E, and she thought the same.
Pretty much everything is based upon the story told to the blogger by E. As I've said before I found her to be a good heart overall and believe she was influenced into doing what she did, and would not have done it on her own gumption. Therefore I won't rip into her; but if you're reading, 'E' (Won't be lol) - that was a bit naughty, wasn't it? Little 'Economic with the truth'.
​

People should ask themselves this on the first read through of the blog, to be fair. If you're a single source reporting on a story - tell how you know it's true. I think this mainly came down to revenge. After the ponzi thing I wrote blog line by line ripping the initial blog to bits. It was written in a very cheeky sort of tone, and what I was saying was right.
He then played, "My blog's bigger than your blog" , on which he was right.
​
If you think there is some smoking gun here in any way, just email the blogger and ask them how they know. What evidence were they ever given any money was stolen. There was none.
​


Money taken from the company:

In it's sad and drawn out end, cash on hand and assets within the company got down to around $10,000 and we were due out over 10* this to clients who I wanted to pay back. I was not bringing in new business (It seemed unethical to do until I fixed old problems - this was a miscalculation. No business was the big problem) and there was the 50K fine.
The company was essentially bankrupt. I wanted to use the remaining 10K to have one last ditch effort to re-coup losses, or randomly select clients to pay the 10K to. M didn't. At this time we fell out (Forever). I have no idea what happened to that 10K. I think M probably kept it. At the time I was livid about that - but to be honest, after all the work she did she deserved something. Losing was not her fault. To 'M' if you're reading (Won't be), I'm sorry.
​

​
I was not good enough. When I got ahead I thought I was coasting. I came from a background of having nothing and as soon as I started to make a few grand I assumed I was gliding to being a millionaire. I stopped learning. Stopped improving. I never watered what I planted, and it withered and died.
I fail. Turns out you can not coast up a learning curve without ending up on your arse.